The difference between the user roles explained

Written by Steven Kop
Updated over a week ago 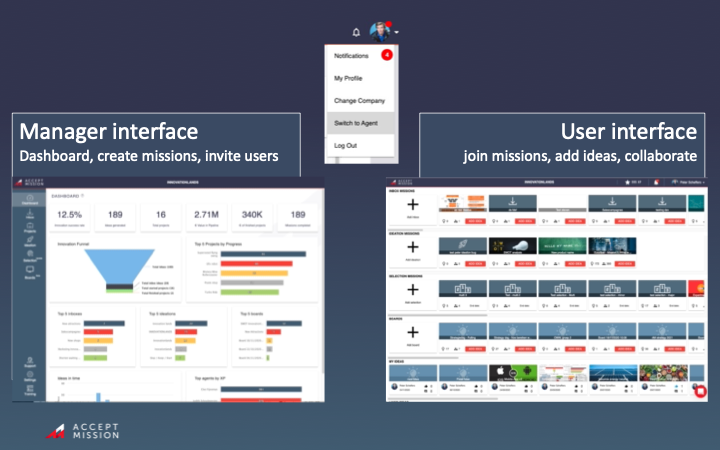 Agents are regular users in Accept Mission. Via the user interface they can participate in missions (challenges) and share their ideas and comment & like on ideas from other agents. Users need to be invited by a mission manager to join a mission (idea box, campaign, boards, selection). If a user is invited to join a mission, he/she needs to accepts the mission invite. If user is new to Accept Mission, user first needs to complete account registration to join mission as Agent. Agents can take part in missions from different Companies.

Company Captains are similar to Mission Managers but they also have the superadmin rights. This means that the Company Captain is in charge of the Accept Mission subscription and user management in the company. Company captain can also change all company settings (Innovation goals, idea box workflow, departments, categories). Each Company has at least one Company Captain.

Read on about Accept Mission Companies.

Did this answer your question?